Maybe it’s the month of October exerting its spooky influence over me, but I ended up reading three works of classic horror fiction this week, and they were all chillingly great. For all three, I was inspired by recent reads that drew upon these works as inspiration. Read on to find out more…

Adrift in a dinghy, Edward Prendick, the single survivor from the good ship Lady Vain, is rescued by a vessel carrying a profoundly unusual cargo – a menagerie of savage animals. Tended to recovery by their keeper Montgomery, who gives him dark medicine that tastes of blood, Prendick soon finds himself stranded upon an uncharted island in the Pacific with his rescuer and the beasts. Here, he meets Montgomery’s master, the sinister Dr. Moreau – a brilliant scientist whose notorious experiments in vivisection have caused him to abandon the civilised world. It soon becomes clear he has been developing these experiments – with truly horrific results.

For this book and the next on my list, I was inspired by Theodora Goss’s excellent trilogy The Extraordinary Adventures of the Athena Club (which starts with The Strange Case of the Alchemist’s Daughter, reviewed here.) A newly invented character related to the happenings on Dr. Moreau’s island is one of my favorites in the Goss books, so of course I had to read her origin story.

The Island of Dr. Moreau is grotesque and horrible, but it’s also a very exciting and compelling read. I can only imagine that this would be even more startling if (unlike me) you didn’t know the major plot twist related to Dr. Moreau’s strange and cruel experiments.

There are sinister people, scary beings in the jungle, midnight chase scenes, and all sorts of terrifying encounters. Definitely recommended!

Part fairy tale, part Gothic horror story, “Rappaccini’s Daughter” is an inspired tale of creation and control. Giovanni Guasconti, a student at the University of Padua, is enchanted to discover a nearby garden of the most exquisite beauty. In it abides a young woman, perhaps the most beautiful Giovanni has ever seen; yet as he looks out from an upstairs window, he soon learns that the garden–and the matchless Beatrice–are not the work of Mother Nature but rather the result of a monstrous abomination of creativity.

Beatrice Rappaccini is another character who appears in the Theodora Goss novels, so it was enlightening for me to read the original story about her. Here, Dr. Rappaccini is a scientist devoted to cross-breeding plants and flowers to create a deadly garden, and has raised Beatrice among the plants from birth so that she herself is poisonous. Giovanni falls in love with her, but eventually has to believe the evidence he sees that proves that Beatrice’s breath and touch are deadly.

Rappaccini’s Daughter is brief, but powerful, and well worth reading.

Two friends are midway on a canoe trip down the Danube River. Throughout the story Blackwood personifies the surrounding environment—river, sun, wind—and imbues them with a powerful and ultimately threatening character. Most ominous are the masses of dense, desultory, menacing willows, which “moved of their own will as though alive, and they touched, by some incalculable method, my own keen sense of the horrible.”

“The Willows” is one of Algernon Blackwood’s best known short stories. American horror author H.P. Lovecraft considered it to be the finest supernatural tale in English literature. “The Willows” is an example of early modern horror and is connected within the literary tradition of weird fiction.

I picked up a copy of The Willows after reading The Hollow Places by T. Kingfisher, one of the creepiest books I’ve ever read (reviewed here). In the author’s notes, T. Kingfisher credits The Willows as an inspiration, so of course I had to read it.

This is such an odd story, because in some ways, it’s hard to understand why the characters’ situation is so scary. They stop on a small island in an isolated, wild section of the Danube, where the river is wild and harsh, filled with similar small islands, and surrounded everywhere by willows.

The longer the men spend on their precarious island, the more convinced they become that something unearthly is going on, that they are in fact in a place where the veils between worlds are thin, and that the best they can hope for is to evade the notice of the beings from the other side who are trying to push through.

The Willows has a creeping terror — no jump scares, just the growing sense that something is really, really wrong, and that the characters may not make it out alive. Nothing is obvious, but the overall atmosphere is chilling and disturbing. It’s a weird story, but was enlightening in terms of understanding where some of the elements in The Hollow Places came from. Really a strange yet interesting read.

Top Ten Tuesday is a meme hosted by That Artsy Reader Girl, featuring a different top 10 theme each week. This week’s is a freebie week, meaning we all come up with our own TTT topics.

I thought I’d return to an oldie but goodie — classic reads that I still need to get to. My list of to-read classics changes all the time, but for right now, these are the ten classics that I’d most like to read: 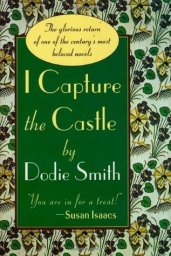 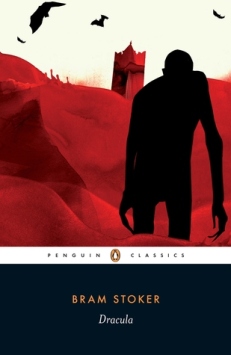 After putting this list together, it occurs to me that it’s weighted toward male authors, which doesn’t make me happy — so this whole topic may need further thought! Or a follow-up post, at the very least.

Have you read any of these books, and if so, which do you recommend?

What did you write about for this week’s TTT? Please share your links!