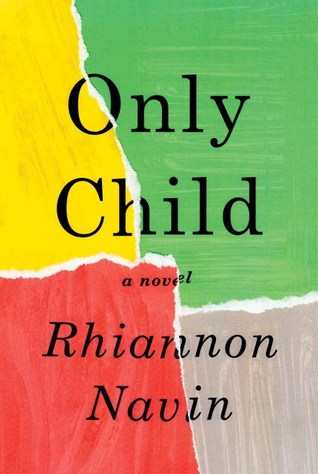 Readers of Jodi Picoult and Liane Moriarty will also like this tenderhearted debut about healing and family, narrated by an unforgettable six-year-old boy who reminds us that sometimes the littlest bodies hold the biggest hearts and the quietest voices speak the loudest.

Squeezed into a coat closet with his classmates and teacher, first grader Zach Taylor can hear gunshots ringing through the halls of his school. A gunman has entered the building, taking nineteen lives and irrevocably changing the very fabric of this close-knit community. While Zach’s mother pursues a quest for justice against the shooter’s parents, holding them responsible for their son’s actions, Zach retreats into his super-secret hideout and loses himself in a world of books and art. Armed with his newfound understanding, and with the optimism and stubbornness only a child could have, Zach sets out on a captivating journey towards healing and forgiveness, determined to help the adults in his life rediscover the universal truths of love and compassion needed to pull them through their darkest hours.

Be careful reading Only Child. There’s a good chance it’ll rip your heart out.

As Only Child opens, six-year-old Zach is crammed into a closet in his classroom, listening to popping sounds from somewhere outside the door his teacher is desperately holding closed. When the police finally move in and escort the children to safety in a nearby church, Zach can see that there are some people lying on the floor in the school hallway, and he sees splashes of red, even though the police officer keeps telling the kids to keep their eyes forward and not look around. When Zach’s mother arrives at the church to get him, we hear the terror in her voice as she asks Zach where his brother is. At that moment, the world begins to fall apart for Zach and his parents.

Zach’s older brother Andy is one of nineteen fatalities in a horrific school shooting, along with many of Andy’s classmates and the school principal. The shooter is the mentally ill adult son of the school’s long-time security guard Charlie — a man who has cared for the children of McKinley Elementary for 30 years.

How do we learn about these events? Through Zach. Only Child is narrated throughout by Zach Taylor, so we see all events unfold from this six-year-old’s perspective. We’re with Zach as he undergoes confusion, discomfort, misunderstanding, and terror. Zach’s first-person narration lets us into his thoughts, as he sorts through his feelings about Andy, who wasn’t always the kindest of brothers. We also can feel Zach’s terror at thoughts of returning to school, his boundless loneliness in his house, and his need for parents who are so wrapped up in their own grief and horror that they can’t always see what’s going on with Zach.

Look, this book is heart-breaking, no two ways about it. At the same time, I found it hard to spend the entire book looking at the world through Zach’s eyes. I had a similar response to Room. It’s a powerful story, but the limitations caused by having a child narrator can be frustrating. We never know more than Zach knows. We can only participate in conversations that Zach’s present for, so even though he does a fair bit of lurking in hallways to hear what his parents are talking about, we only ever get bits and pieces.

I had a hard time too suspending my disbelief in places where Zach recounts what he’s heard on TV or comments made by adults he’s overheard. His inner thoughts are a little precious on occasion, and maybe a bit more sophisticated for his age than is truly believable. My other complaint (sorry, I realize I’m being a curmudgeon): As you might expect in a story told by a six-year-old, I think I heard more than enough about pee, poop, snot, and puke. Oh my, little boys can be gross. (Sorry, truly.)

Still, I was very engaged by the story and the characters throughout. I had the unusual experience while reading this book of trying to analyze why I felt certain ways about characters, and forcing myself to embrace empathy even when I was having a visceral reaction against a particular person. For example, Zach’s mother comes across as pretty awful for much of Only Child, when viewed through the lens of Zach’s fears and unmet emotional needs. She’s unable to see past her own fury and loss to truly see Zach’s suffering, consumed by the need to get revenge on the parents of the shooter, pursuing TV interviews and making  lots of noise about their role and their responsibility for the children’s deaths.

Meanwhile, I typically have little sympathy for unfaithful spouses in novels, but despite the fact that we learn that Zach’s dad was having an affair prior to Andy’s death, he comes across as the supportive, loving, gentle parent who’s present for Zach and who attempts to find a way toward healing. I ended up liking the father much more than the mother, and had to continually remind myself that there’s no wrong way to grieve. She was not being a good mother to Zach following the shooting, but who among us can say how we’d behave in that unimaginable, terrifying type of situation? As much as I wished for better for Zach — like for his parents to be on the same page long enough to get him counseling — I couldn’t hate the mother for being swallowed up by her pain and grief.

Kudos to the talented young narrator of the audiobook, Kivlighan de Montebello, who does a terrific job with Zach’s voice, really giving life to Zach’s emotions. The audiobook is an immersive listening experience, and in places the raw emotions of the characters are almost too painful to hear.

I’m thankful to my book group, as always, for choosing terrific books to read and discuss. I finished Only Child right in time for our discussion, and can’t wait to share impressions and thoughts with my bookish friends. Only Child is a powerful, timely, deeply affecting book, and I strongly recommend it.