Top Ten Tuesday is a meme hosted by The Broke and the Bookish, featuring a different top 10 theme each week. This week’s topic is a movie freebie — basically, anything at all so long as it has something to do with movies.

My movie-related TTT is about my movie equivalent of comfort food — the movies I love, for various reasons, that I can and do watch over and over and over again. All of these make me happy, in different ways, but I’ve yet to get tired of any of them.

7) The Lord of the Rings movies

9) Monty Python and the Holy Grail

There are actually quite a few more I could list, but I guess I really should stop at ten.

But wait! A bonus round!

Looking at my DVD collection, I really want to include these, which aren’t movies, but I’ve watched them a zillion times anyway, so how can I not mention them? Here are three TV collections that always make me happy:

Share your links, and I’ll come check out your top 10! 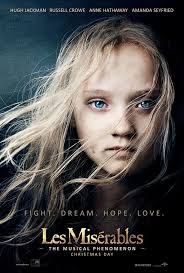