“Take a Peek” book reviews are short and (possibly) sweet, keeping the commentary brief and providing a little peek at what the book’s about and what I thought. My newest “take a peek” book: 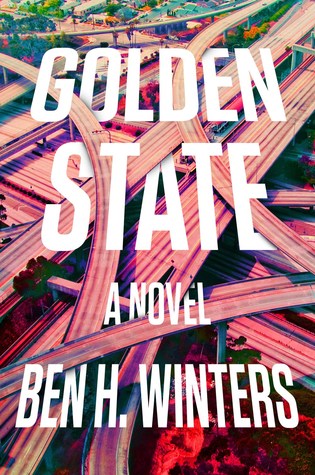 A shocking vision of our future that is one part Minority Report and one part Chinatown.

Lazlo Ratesic is 54, a 19-year veteran of the Speculative Service, from a family of law enforcement and in a strange alternate society that values law and truth above all else. This is how Laz must, by law, introduce himself, lest he fail to disclose his true purpose or nature, and by doing so, be guilty of a lie.

Laz is a resident of The Golden State, a nation resembling California, where like-minded Americans retreated after the erosion of truth and the spread of lies made public life, and governance, increasingly impossible. There, surrounded by the high walls of compulsory truth-telling, knowingly contradicting the truth–the Objectively So–is the greatest possible crime. Stopping those crimes, punishing them, is Laz’s job. In its service, he is one of the few individuals permitted to harbor untruths–to “speculate” on what might have happened in the commission of a crime.

But the Golden State is far less a paradise than its name might suggest. To monitor, verify, and enforce the Objectively So requires a veritable panopticon of surveillance, recording, and record-keeping. And when those in control of the truth twist it for nefarious means, the Speculators may be the only ones with the power to fight back.

Golden State is a weird mind-f*ck of a novel, and that’s what makes it so wonderful. In a society where adherence to the Objectively So is the primary goal, the crime of telling a lie can lead to lengthy imprisonment or even exile, a fate assumed to be equivalent to death. Law enforcement agents like Lazlo can feel when a lie has been told, and their ability to sense anomalies leads them in pursuit of those who attempt to subvert the State with their untruths. People greet each other on the street by stating absolute facts (“A cow has four stomachs.” “A person has one.”), and the ringing of clock bells leads to streams of statements about the time, hour after hour.

I loved the explanations for the rules and moral certainties of the Golden State, which we’re led to believe has been in existence for several generations already as of the start of this story:

You go back far enough in history, ancient history, and you find a time when people were never taught to grow out of it, when every adult lied all the time, when people lied for no reason or for the most selfish possible reasons, for political effect or personal gain. They lied and they didn’t just lie; they built around themselves whole carapaces of lies. They built realities and sheltered inside them. This is how it was, this is how it is known to have been, and all the details of that old dead world are known to us in our bones but hidden from view, true and permanent but not accessible, not part of our vernacular.

It was this world but it was another world and it’s gone. We are what’s left. The calamity of the past is not true, because it is unknown. There could only be hypotheses, and hypotheses are not the truth. So we leave it blank. Nothing happened. Something happened. It is gone.

Golden State is a book that I’ll need to revisit, probably a few times. The writing is spot-on, conveying the strange realities of its world from an insider’s perspective, immersing the reader in the weird double-speak of Speculators and Small Infelicities and Acknowledged Experts — it’s strange and alien, yet we inhabit it through the characters for whom it’s all just part of the normal lives they lead.

Reading Golden State is a treat. I wanted to stop to highlight passages practically everywhere — there’s so much clever wordplay and inversion of our understanding of what things mean. It’s a great read, highly recommended. Now I need to get back to the other books on my shelves by this author, because I’m pretty sure I’m going to love them.