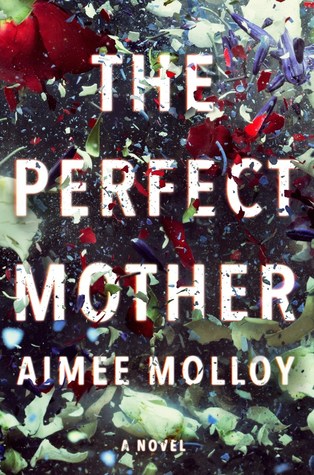 An addictive psychological thriller about a group of women whose lives become unexpectedly connected when one of their newborns goes missing.

They call themselves the May Mothers—a collection of new moms who gave birth in the same month. Twice a week, with strollers in tow, they get together in Prospect Park, seeking refuge from the isolation of new motherhood; sharing the fears, joys, and anxieties of their new child-centered lives.

When the group’s members agree to meet for drinks at a hip local bar, they have in mind a casual evening of fun, a brief break from their daily routine. But on this sultry Fourth of July night during the hottest summer in Brooklyn’s history, something goes terrifyingly wrong: one of the babies is abducted from his crib. Winnie, a single mom, was reluctant to leave six-week-old Midas with a babysitter, but the May Mothers insisted that everything would be fine. Now Midas is missing, the police are asking disturbing questions, and Winnie’s very private life has become fodder for a ravenous media.

Though none of the other members in the group are close to the reserved Winnie, three of them will go to increasingly risky lengths to help her find her son. And as the police bungle the investigation and the media begin to scrutinize the mothers in the days that follow, damaging secrets are exposed, marriages are tested, and friendships are formed and fractured.

I feel like I should start this review with a disclaimer:

Thrillers are not my jam. And neither is the so-called mommy-drama genre, where domesticity and gossip and childraising are backdrops for intrigue and danger.

So why did I pick up The Perfect Mother? Easy. My book group made me do it.

This is our book of the month for October, and — feeling guilty for missing the last couple of months — I was determined to participate this time around.

In The Perfect Mother, a group of Brooklyn women who all became new mothers in the same month form an ongoing support and social club, where they exchange online tips and gather at the park for company and (it seemed to me) to compare their little darlings against all the others, and hopefully feel smug and self-satisfied as a result.

Oh dear, I’m not going to be very good at writing this review. Again, forgive me, but the odds of me liking this book were pretty slim from the start.

As the story progresses, a baby is kidnapped from his crib while his mother is out partying with the other women on a rare, adults-only outing. Immediately, there’s recrimination and blame and remorse. How could she leave her baby with a nanny she’d only just met? How could all these new moms be out getting so rip-roaring drunk when they have babies at home? Whose bad idea was it really to even go out in the first place? Why does everyone feel so pressured to be there?

Why are these people so in each others’ business and so damned judgy? Ugh.

Anyway, the mystery proceeds from this point. It turns out that everyone is keeping a secret or ten. Certain characters become overly involved (um, obsessed) with Winnie and her past and her connections and her life. It’s all just toooooo much.

The ending is supposed to be a twist, but is it patting myself on the back too much to say I saw it coming from really early on? Not to be too spoilery, but if you’ve seen The Hand That Rocks the Cradle, you’ll at least have a good hunch about why the kidnapping happened, if not whodunit exactly.

Okay, I’m pretty much sucking at writing this review, but I just don’t think I can maintain my interest long enough to say much more that’s meaningful. But let me attempt to at least inject a little positivity in this thing:

The book does move quickly, and made for an engaging read on a long flight. I wasn’t bored while reading it… just increasingly annoyed by the sniping and the mommy stereotypes and the ridiculousness of some of the relationships.

I guess it’s clear that I didn’t like this book. Oh well, at least I’ve been a faithful book club member this month!