Ian’s mouth twitched, but he shook his head and stepped up next to Jamie.

“On your right, man,” he said, simply. Jamie smiled. When he’d been five years old, Ian’s da, Auld John, had persuaded his own da to let Jamie handle a sword cack-handed, as he was wont to do. “And you, lad,” he’d said to Ian, very serious, “it’s your duty to stand on your laird’s right hand, and guard his weak side.”

I’ve been walking on air all week, now that Dangerous Women is in my hands and I’ve been able to spend time once again with Jamie Fraser. “Virgins” is a story set prior to the events of Outlander, and it’s such a delight to see a younger version of Jamie and Ian — and the bonds of brotherhood and friendship between the two, rock solid since childhood.

And in case you’re wondering: “Cack-handed” means that Jamie is a leftie! 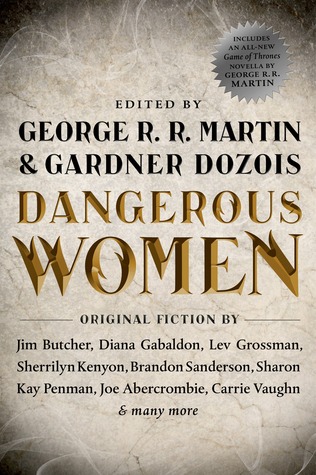