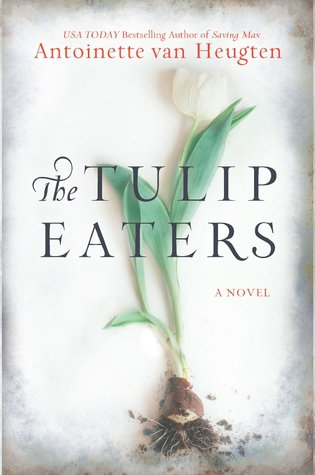 In a riveting exploration of the power the past wields over the present, critically acclaimed author Antoinette van Heugten writes the story of a woman whose child’s life hangs in the balance, forcing her to confront the roots of her family’s troubled history in the dark days of World War II…

It’s the stuff of nightmares: Nora de Jong returns home from work one ordinary day to find her mother has been murdered. Her infant daughter is missing. And the only clue is the body of an unknown man on the living-room floor, clutching a Luger in his cold, dead hand.

Frantic to find Rose, Nora puts aside her grief and frustration to start her own search. But the contents of a locked metal box she finds in her parents’ attic leave her with as many questions as answers—and suggest the killer was not a stranger. Saving her daughter means delving deeper into her family’s darkest history, leading Nora half a world away to Amsterdam, where her own unsettled past and memories of painful heartbreak rush back to haunt her.

As Nora feverishly pieces together the truth from an old family diary, she’s drawn back to a city under Nazi occupation, where her mother’s alliances may have long ago sealed her own–and Rose’s—fate.

In this novel of family history and secrets, the past is never truly the past. Nora thinks she has finally achieved real happiness in her life, with a fulfilling career, a home shared with her beloved mother, and a perfect little daughter to love and cherish. When the brutal murder and kidnapping take everything Nora loves away from her, she refuses to sit and wait for the police investigation to play itself out, when there are no leads and no substantial clues.

As Nora begins to dig, she starts to realize that there are secrets that her mother never shared, and if she is to have any hope of finding Rose, Nora must understand who her mother’s enemies are and why.

The Tulip Eaters opens in 1980s Houston, but the action and the central drama quickly move to Amsterdam and other points in the Netherlands. It soon becomes apparent that the secrets of Nora’s mother’s identity and actions during the Nazi occupation of the Netherlands in WWII are enormously important to someone — enough to kill for, even 30 years later.

As Nora starts uncovering fragments of clues that may lead to answers, she is increasingly at risk, both physically, as the killer’s associates want to scare her off and perhaps stop her for good, and emotionally, as she is forced to confront the possibility that her mother’s secrets may be uglier than she could have imagined.

The details that emerge about the Dutch experience under Nazi occupation are startling and eye-opening. As one contact points out to Nora, most Americans’ conceptions of what happened start and end with Anne Frank. But the experience of the Dutch Jews was much worse than that might imply, as most were shipped off to concentration camps while their non-Jewish compatriots turned a blind eye, whether out of malice or simply to protect their own families.

The early chapters of The Tulip Eaters felt a bit melodramatic to me, as well as unfocused. When the police detective arrives to view the crime scene, is it necessary to describe the fact that he has “No wedding band, the but the pale ring of flesh on his left hand showed it had not been long since it had been removed”? This, plus a few other descriptions of his looks, gave me the impression (thankfully false) that he would become a love interest or at least play a significant role in the book, but he actually fades into the background after a few chapters. It almost felt as though the author was going to make him more important to the plot, and then changed her mind.

The title itself is a bit of a misnomer. During the war, starvation among the Dutch people was so extreme that they had nothing to eat except tulip bulbs pulled from the fields and boiled into a barely edible soup. Interesting, but this has practically nothing to do with the plot, other than getting a brief mention as background to everything else going on.

Still, despite these minor quibbles, overall The Tulip Eaters is quite good. It provides a window into a chapter of history that is relatively unknown, and as the novel moves farther along and we delve deeper into the clues to Nora’s mother’s past, the tension mounts and the suspense and dread become much more intense. There are elements within the novel that give it a somewhat soapy tone, but the overall mystery centered around the murder and kidnapping was intriguing enough to keep me reading until I got some answers.

As a reminder that the past is never really gone, as well as a lesson on some of the horrors of the Holocaust, The Tulip Eaters is quite effective. That, combined with a crime to be solved and clues to be unraveled, make The Tulip Eaters a fast-paced, moving, and engaging read.