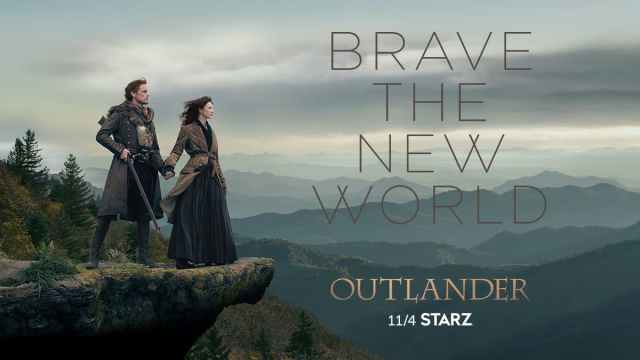 Season 4 is here! My intention is to write an “Insta-Reaction” post for each episode soon after viewing, to share some initial thoughts, questions, reactions — you name it.

Brianna confronts a violent figure from her past in an attempt to cope with her trauma. Roger befriends a fellow captive and endeavors to escape the Mohawk Village, while Fergus and Marsali plan a dangerous mission. 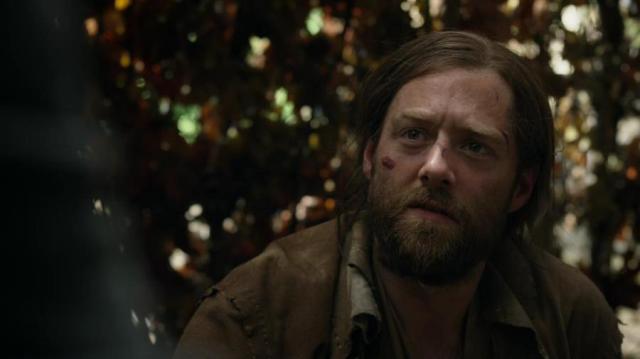 Roger — actor Richard Rankin — owns this episode, and kills it. Yes, other stuff happens too, but at its heart, this episode is the Roger show. Breaking it all down:

Roger has arrived at the Mohawk village in New York (and wow, that’s a long way to walk from North Carolina!) Because he fails to make it all the way through the gauntlet before collapsing, he’s informed that he remains their captive. Would he have been freed otherwise? Unclear. In any case, Roger is wounded, with his arm in a sling and all sorts of cuts and bruises on his face, and is basically put to work as a servant in the camp.

A nice Mohawk woman offers him some herbs to ease his pain, but no one else seems to want to interact with him except to yell or push him around. Eventually, he does something to piss people off (pointing and interrupting, apparently), and gets put in a leafy shack that seems to be the Mohawk equivalent of a jail cell. There, he meets Father Ferigault, a Catholic priest who the Mohawk welcomed — but he fell in love with a woman from the tribe and had a baby with her, and now he refuses to baptize the baby as the tribe wishes. He won’t baptize the baby because he considers himself a sinner, but the Mohawk see this as an insult to the tribe and have threatened to kill him unless he performs the sacrament. Roger tries to convince him to give them what they want in order to save his own life, but he refuses. 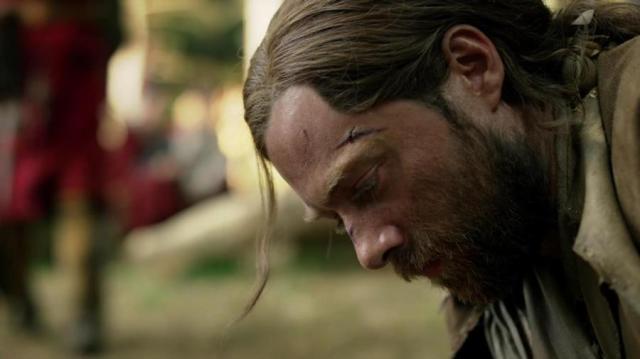 Roger finds a way to escape and starts running off through the wood, but his damned sense of honor won’t let him run when he can hear the screams of the priest, who’s being held over a fire, where he’ll slowly burn to death. He runs back to the village and hurls a cask of alcohol on the pyre, setting the priest fully on fire so he can die more quickly. The priest’s lover kisses her baby good-bye and then walks into the fire to die with him. 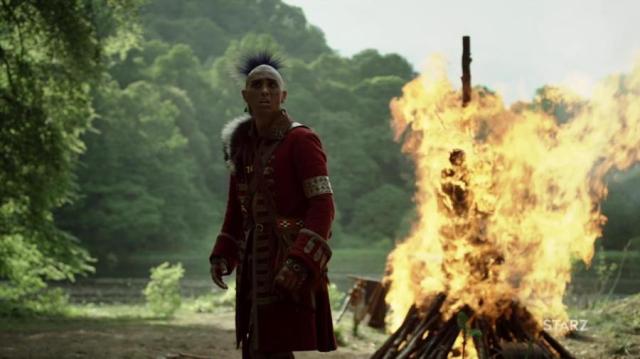 That’s the bulk of the episode, but additionally, we spend some time with Brianna, Lord John, Fergus and Marsali.

Fergus and the Regulators have decided to bust Murtagh out. Not really worth going into the details. Suffice to say, the jail break works, and Marsali drives the getaway horse and cart, with Murtagh hidden in the back, headed for Fraser’s Ridge.

Brianna asks Lord John to take her to WIlmington to see Stephen Bonnet. She reads Jamie’s letter to her, encouraging her to seek forgiveness rather than vengeance, for her own well-being. For Brianna, this means going to see Bonnet in prison, chained up, on the eve of his execution. She tells him about the baby, saying that her way of forgiving him is to give him the peace of knowing that some part of him will live on after his death — although she also stresses that this is HER baby, and he’ll never know a thing about Bonnet. Okay, Bree, so your point is??? I’m not a big fan of this scene, either in the book or the show. Surely there are better ways for Brianna to heal than to go and talk with her rapist, who is not the least bit repentant. And why give this man a piece of information that may come back to haunt her? Brianna believes it’s safe to tell Bonnet about the baby because he’s about to die, but this is a man who’s escaped death sentences before — and as we see at the end of the jail break, it would appear that he got away yet again. 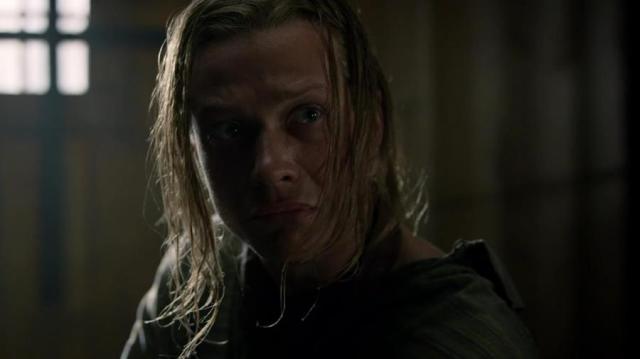 No Jamie and Claire this episode! We get just the briefest bit of Jamie as Brianna reads his letter to her, but that’s it.

Any episode without Jamie and Claire feels incomplete to me. Let’s face it — they’re the true reasons we watch this show, and their story is always the most compelling. As in the books, as the story progresses, Roger and Brianna become much more prominent, but particularly on TV, losing Jamie and Claire screen time does not feel like a satisfying trade-off. 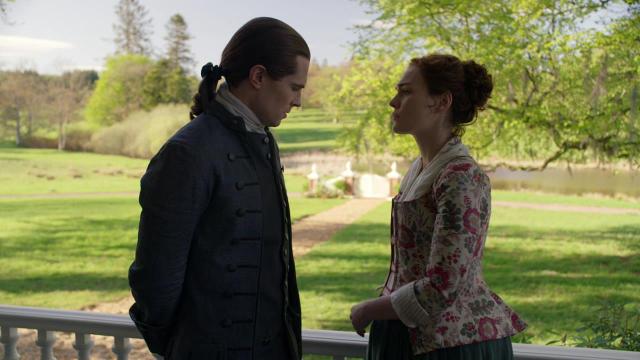 Lord John is always a delight. He’s such an upright, honest, and devoted man. I love how his feelings for Jamie and Claire have translated so easily into caring for and protecting Brianna. He’s the perfect gentleman, truly. And I suppose it’s a plus that his status as a Lord helps open doors for Brianna that might have otherwise been closed. Still, it feels like a needless move on Brianna’s part to travel (pregnant!) to Wilmington to confront Bonnet. Why not just practice forgiveness from a distance?

The Regulators storyline continues to be my least favorite part of the season. Just not engaging at all — give me the human drama any day. That said, here’s hoping that the jailbreak will result in Marsali, Fergus, and Murtagh settling at Fraser’s Ridge. It would be nice to see the whole family together again… but first (next week), Jamie and Claire need to find Roger!

It was good to get more of a view into the Mohawk village’s life, beyond Roger getting beaten up all the time. I liked the little glimpses of children playing and families gathering. If the show is trying to break away from the stereotypes of fierce Native warriors acting inscrutably, they need to give us more of this — opportunities to understand their customs, their values, and their way of life, and not just viewing them as the mean people doing bad things to Roger.

Next week is the season finale! It’s all gone by so quickly. I know what’s coming (according to the book), but can’t wait to see the drama and excitement on the screen.