And it’s all the fault of fictional characters.

I have a tendency to binge when I get into something new, TV or books, and then — oh my stars — it’s so hard to separate. Because what happens when you fall in love with characters, but then have to witness them going through hell? All I want to do is scoop them up and keep them safe, but that’s not the way good stories work.

Clearly, I have a problem.

Take my newest obsession, The Walking Dead. Yes, I am super late to the party, but thanks to finally getting Netflix (again, super late to the party), I’ve been indulging. I started The Walking Dead, season 1 episode 1, in mid-May, and apart from a couple of weeks while I was out of town, have been watching the series straight through. So here I am, a month and a half later, slightly past the middle of season 6, and while I can’t wait to see what happens next, part of me wants to just walk away.

[SPOILERS AHEAD! FOR EPISODES THAT AIRED OVER A YEAR AGO, BUT STILL — SPOILERS!]

I’m at a place in the story where, as usual, the characters’ lives were hanging by a thread. Their supposedly safe haven, where they can finally build a life for themselves and plan for the future, has been overrun by hordes of the undead. All seems doomed, but finally, there’s this totally awesome battle scene (truly, a thing of beauty), and the good guys win! What follows is one of the most chill episodes ever, taking place a few weeks later, where everyone is safe again, rebuilding, relaxing, and starting to make things better.

Guys, they’re smiling! Rick and Daryl are out on a supply run and it’s actually funny! There’s even a sexy, romantic scene! (No, not Rick and Daryl.)

Man, I’m loving this show. I adore Rick Grimes. I want to cuddle Daryl Dixon (after a good bath, maybe). Carl is the cutest. Michonne is a total bad-ass with a heart of gold. And this is where my over-investment comes into play.

Because part of me wants to turn off the TV, pretend that’s the last episode, and walk away. Because then THEY’D ALL LIVE HAPPILY EVER AFTER. And I wouldn’t have to watch all these people I love get tortured again and again. No going hungry. No machete-ing walkers through the brain. No fighting off evil human attackers.

Imagine the possibilities, though, if everyone got to stay happy. The Walking Dead could become a sitcom, with charming little conflicts — uh oh! Craziness ensues when Carol’s favorite knife goes missing! Little Judith’s first word is “walker”, and it’s adorable! Abraham runs a fitness class, and Eugene is his best student! And don’t get me started on Rick Grimes and all the possibilities for him as the cool dad whose teenage son has an attitude.

This can’t be, obviously. Dramatic tension is necessary for good storytelling. If everyone on The Walking Dead remained safe in Alexandria behind secure walls, with enough food and medical equipment to lead healthy, safe lives, the story would be over. It’s wonderful for the characters, of course, but there would be nothing further to keep the show going.

Likewise in books. Let’s take my favorite series, Outlander (duh). These characters never get a break. Yes, there are plenty of happy moments, and plenty of swoonworthy scenes of Claire and Jamie basking in each others’ arms after a blissful night of lovemaking… but things just never go well for long. These folks are in the middle of a war, always. There’s always some bad guy or another lurking around the corner, ready to kidnap, shoot at, plot against, or otherwise cause harm to our beloved characters.

[SPOILER AHEAD — MILD — FOR OUTLANDER SERIES]

Book #7 in the series, An Echo in the Bone, ends with not just one, but 4 or 5 major cliffhangers. The agony of waiting years for the next book while pretty much everyone is in jeopardy! Flash forward a few years to Written in My Own Heart’s Blood (book #8), and after 145 chapters, everyone we care about ends up in a pretty good place. Yes, there are some small questions left unanswered but (spoiler) Jamie and Claire and Brianna and Roger and Ian and Rachel and, well, everyone, are safe and happy and together!

Part of me wanted to just say to Diana Gabaldon — okay, great! Stop now! Let these people live out the rest of their days in the peace and comfort and love they all deserve!

But no. I need and want and crave more of the story, and book #9 is in the works… and what would an Outlander book be if everyone was safe and happy all the time? So while I can’t wait for a publication date to finally be announced, I’m also dreading diving back in and finding out what hideous new dangers await my beloved Claire and Jamie and the rest of their family up on Fraser’s Ridge.

So, am I crazy for wanting my favorite characters — TV or books — to just get a chance to be happy?

We all love happily-ever-afters, right? But they just don’t make for great storytelling. There’s a reason most fairy tales don’t continue past the HEA. We can be happy for people who find happiness, but stories are driven by tension, suspense, conflict, and crisis. If there’s no obstacle to overcome and everybody just enjoys mundane daily lives, what more do we need to know?

I know that great drama demands all of the above. As for The Walking Dead — well, hell yes, I’m going to keep going. And I’ve stumbled across enough spoilers before I started watching the show to know that VERY BAD things are coming soon for characters I care about, and I’m going to end up heartbroken once again.

In the choice between walking away at a happy moment or continuing with a story I love despite the unhappiness to come, there’s no question — I’ll always choose to continue.

But isn’t it nice to daydream about a life in which Carl Grimes’s greatest worry is about impressing a girl, and not fighting for survival while covered in zombie guts? 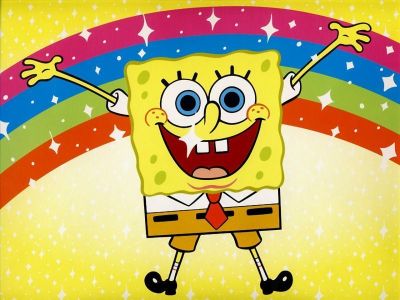 6 thoughts on “Dramatic plot vs. happily-ever-after: The perils of emotional investment”