I just finished this massive book today, and I swear I’ve been reading it for EONS. (Okay, it’s been 10 days, but that seems like forever relative to my normal reading pace).

Leviathan Wakes is book #1 in the ongoing series The Expanse, by James S. A. Corey (which is actually a pen name for two co-authors, Daniel Abraham and Ty Franck). The paperback I’ve been lugging around with me is HUGE – 560 pages, about the size of a doorstop, and must weigh close to a ton. (It’s true! My arms are aching.)

The book series has also been adapted into a TV series on Syfy, season 2 of which just premiered this past week. No, I haven’t seen the beginning of season 2 yet. I wanted to finish book #1 first.

The world of The Expanse — TV and book — is set far enough into the future that human life has spread throughout the solar system. Earth and Mars are the inner planets, two independent political forces, and then there’s the Belt — the asteroid belt that’s become a source of mining and resources in service to the inner planets. Belters are an underclass, dependent on Earth and Mars, filled with a discontented people who are agitating for freedom. Earth and Mars have wealth and military might. The Belt is cramped, dirty, underfed, crime-ridden, and downtrodden. There’s a class war ready to explode, and it doesn’t take much to set it off.

Our hero is James Holden, who finds himself captain of a small rogue vessel after an untraceable attack on his home ship leaves him and his crew stranded in space. The anti-hero, of sorts, is Detective Miller, a Belter whose missing-persons case takes on intergalactic significance and brings him in league with Holden and his crew on board the Rocinante.

I really shouldn’t go into a whole lot more detail than that, although if you want a recap of season 1 of the TV show, there’s this brilliant video to check out:

I loved reading the book. I originally started it after watching the first season of the TV show, which has so many political factions and plots and military escapades that I thought the book might help me untangle it all. And it did. The book has a narrower scope in some ways than the TV production. Much of the politics, in particular all of the scenes set on Earth, are not in the book. Sadly, I missed one of the show’s stand-out characters, Avasarala, although I understand that she enters the book series world in the 2nd book. 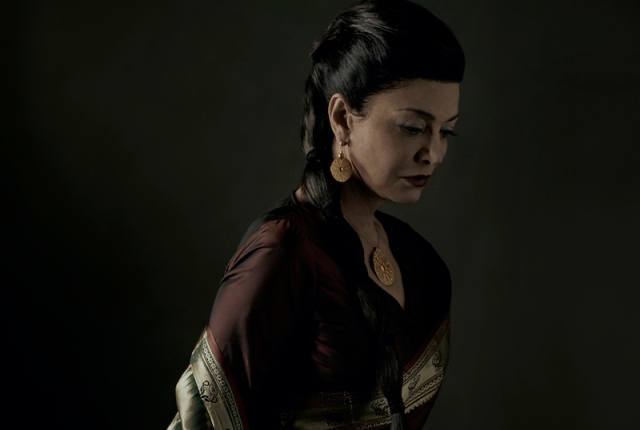 Another difference between book 1 and season 1 — season 1 ends at about the midpoint of the book’s plot… which makes me even more excited to dive into season 2, now that I know what’s still to come.

All in all, I’d say the creators of the show have done a remarkable job of capturing the universe of the books, combining elements of the first couple of books (or so I’ve been told) in order to achieve a visual and narrative trajectory that makes sense. The drama never lets up; we get some amazing space battles; there are truly stand-out personalities introduced, and the cast does a great job of bringing to life the complexities of the individuals who make up the whole.

I know I’m jumping around a lot here, because that’s just how my brain is processing all the data at the moment. I turned the final page of the book literally an hour ago, and my mind is whirring.

I suppose Leviathan Wakes would be considered “hard” science fiction. You know, space ships and technology and lasers and all that. But the human element elevates the whole into just really great storytelling, with exciting action and people who seem real enough to make us care. 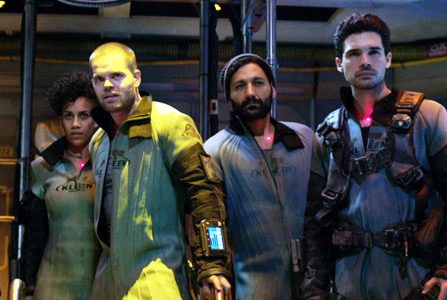 The crew of the Rocinante

I think anyone who enjoyed Battlestar Galactica will love The Expanse. Likewise, fans of the Killjoys series will find some common themes in the class struggles and solar system dynamics portrayed here.

As for the book, I am thrilled that I finally took the time to read Leviathan Wakes, despite feeling at times like I would never reach the end. From the midpoint onward, the momentum never stops, and I think I must have read the final third just within the past 24 hours. I swore that I would read just one for now… but now that I’ve finished Leviathan Wakes, I have to know what happens next!

Fortunately, it’ll probably take me a couple of weeks to get my hands on a copy of book 2, Caliban’s War… but once I do, I don’t think I’ll be able to keep myself from diving back into this incredible series.

For more info on season 2 of The Expanse, check out this great piece on the politics of the series.