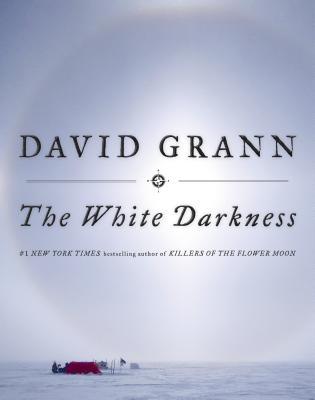 By the #1 New York Times bestselling author of Killers of the Flower Moon , a powerful true story of adventure and obsession in the Antarctic, lavishly illustrated with color photographs

Henry Worsley was a devoted husband and father and a decorated British special forces officer who believed in honor and sacrifice. He was also a man obsessed. He spent his life idolizing Ernest Shackleton, the nineteenth-century polar explorer, who tried to become the first person to reach the South Pole, and later sought to cross Antarctica on foot. Shackleton never completed his journeys, but he repeatedly rescued his men from certain death, and emerged as one of the greatest leaders in history.

Worsley felt an overpowering connection to those expeditions. He was related to one of Shackleton’s men, Frank Worsley, and spent a fortune collecting artifacts from their epic treks across the continent. He modeled his military command on Shackleton’s legendary skills and was determined to measure his own powers of endurance against them. He would succeed where Shackleton had failed, in the most brutal landscape in the world.

In 2008, Worsley set out across Antarctica with two other descendants of Shackleton’s crew, battling the freezing, desolate landscape, life-threatening physical exhaustion, and hidden crevasses. Yet when he returned home he felt compelled to go back. On November 2015, at age 55, Worsley bid farewell to his family and embarked on his most perilous quest: to walk across Antarctica alone.

David Grann tells Worsley’s remarkable story with the intensity and power that have led him to be called “simply the best narrative nonfiction writer working today.” Illustrated with more than fifty stunning photographs from Worsley’s and Shackleton’s journeys, The White Darkness is both a gorgeous keepsake volume and a spellbinding story of courage, love, and a man pushing himself to the extremes of human capacity.

I bought it last fall when it was released.

David Grann is the author of Killers of the Flower Moon, which is one of those exceptional types of non-fiction books that read like a novel. Naturally, when I saw that he was releasing a new book, I had to have it. The subject matter sounds amazing. I’m definitely fascinated by Antarctica and the certain type of obsession it takes to explore there, and I always love a good survival story, so this book appeals to me in a lot of different ways. It’s a small, slim hardcover, with glossy photos, and looks like it’ll be a great read once I finally sit down with it!