The 21st Kate Shugak book has a release date! 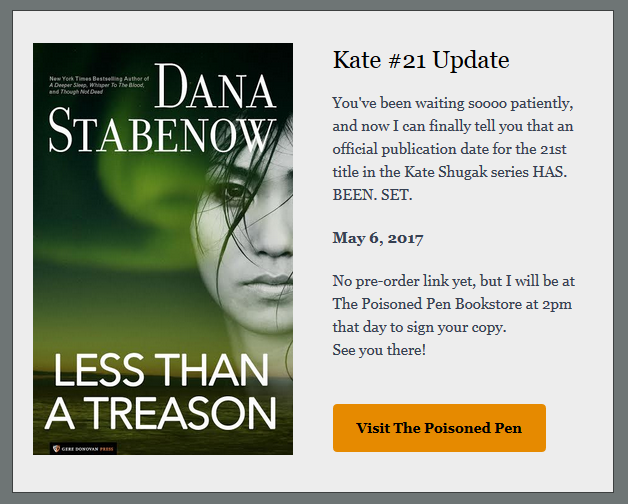 Can you hear me shouting with glee?

The Kate Shugak series is one of my all-time favorites, and I can’t wait to get my hands on #21!

Excuse me while I go do a happy dance…

At least in the world of books, 2017 is definitely going to be a good year!

So much exciting book news lately! Well, exciting in my little corner of the bookish world, in any case… so I thought I’d write a quick post to tell you all what really had me jumping for joy (or scratching my head) in the last couple of weeks: 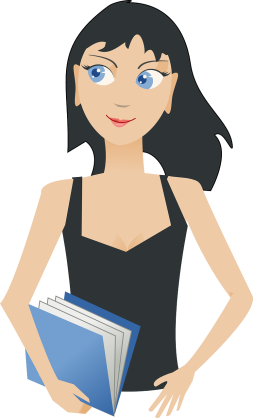 That’s it for now! What book news are you most excited about?

I realize that all of my posts lately have either been book reviews or ongoing features of one sort or another — but no general musings or *deep* thoughts on the life of a reader. And that’s fine, but maybe it’s time for a general catch-up post with the random pieces of bookish ephemera that have been floating through my life:

Book News & Stuff That I Find Exciting (or at least noteworthy…):

And that’s all for today! Must unplug, unwind, read a book, go for a walk… it’s the weekend! Happy Saturday, happy reading, and happy whatever-makes-you-happy to all!

I’m having a hard time settling on just one topic today. Maybe I’m just too tired — my ten-year-old woke me up at 3:15 am after a bad dream, asked me to sit with him while he went back to sleep (which he did almost immediately), then I tossed and turned for about an hour or so. Whine, whine, whine… poor me. At any rate, I’ve just been killing time bopping around the web, and here are some cool, random, or unusual tidbits I’ve stumbled across:

The rare edition of Oscar Wilde’s “The Picture of Dorian Gray” had been checked out in 1934. According to Reuters news agency, Harlean Hoffman Vision found the book in her late mother’s possessions and wanted to bring it back, but she wanted to make sure she wouldn’t go to jail for having had it so long. “She kept saying, ‘You’re not going to arrest me?’ and we said, ‘No, we’re so happy you brought it back,’” Ruth Lednicer, the library’s marketing director, said. The library’s fine amnesty – dubbed “Once in a Blue Moon Amnesty” – began on Aug. 20 and ended Sept. 7. The value of the 101,301 items returned was estimated at $2 million. Several of the recovered items were checked out in the 1970s and 1980s, the Chicago Tribune newspaper reported.

My web browser has crashed twice, causing me heart palpitations over potentially lost pearls of wisdom. This must be a sign from the gods of sleep that my time at the keyboard has come to a close.

Good night, all… and may your dreams be filled with cushiony armchairs and excellent reading.