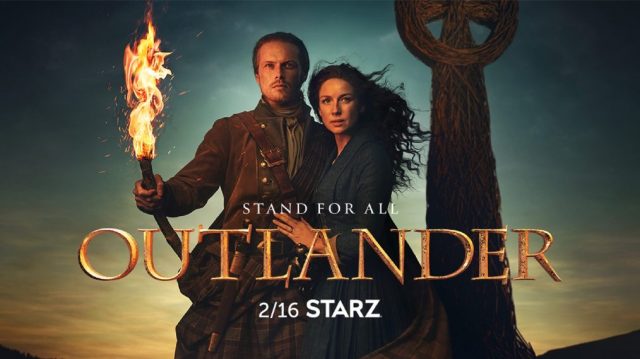 As Jamie continues to hunt Murtagh with the aid of the zealous Lieutenant Hamilton Knox, he’s forced to consider whether or not he’s on the right side of history.

Jamie and Claire have no scenes together. So there’s that. Otherwise…

Well, the sweetness and light of the wedding couldn’t last long. After all, this is Outlander, so it’s back to mayhem and danger as of episode #2.

[Note: I’m probably going to keep this recap on the short side, since it’s late and I’m tired. Sorry!]

The Regulators are out for their own form of vigilante justice, and it’s gross. We’ve all probably seen cartoon versions of tarring and feathering (Road Runner, perhaps?). The real thing, involving actual hot tar and bare flesh, is really awful and disturbing. Love ya, Murtagh, but this is just terrible. 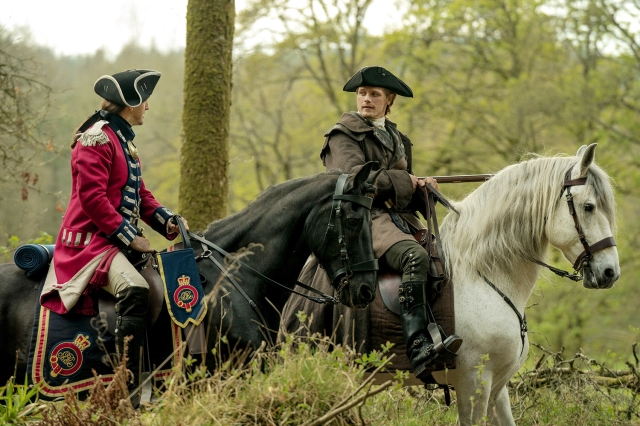 Jamie and Lieutenant Knox ride out together searching for Murtagh and the Regulators, and have some interesting conversations about duty and loyalty. Jamie is walking a fine line between his promises to the governor and his love for Murtagh. Things go bad in a hurry when the two men question the three Regulators being held in jail, and Lt. Knox kills one of them. Jamie covers it up as self-defense (although it was really murder), but Knox later uses hefty doses of rationalization to convince himself he acted honorably. Jamie later carries out a mini-jail break, freeing the other two men, who then find their way back to Murtagh and his rebels. 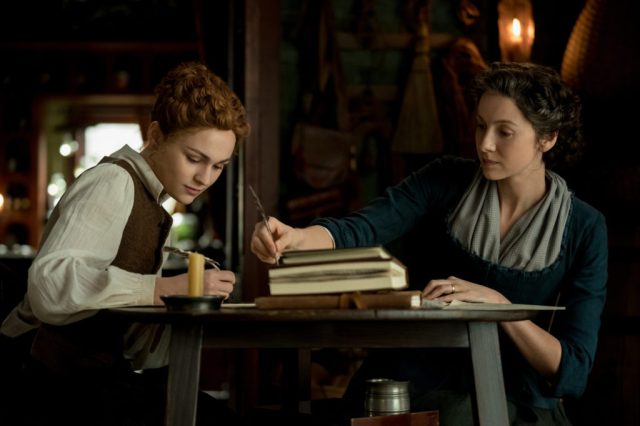 Back on the Ridge, a dying man is brought to Claire for help, but it’s too late. The man’s wife’s attempts to heal her husband with blood-letting and herbs end up killing him. Claire is frustrated by how powerless she is to save lives and apply her medical training. She ends up performing an autopsy on the man, which would get her killed (or accused of black magic) if she were caught, and later convinces Marsali to become her apprentice and learn about medical techniques. By the end of the episode, Claire is trying to grow her own penicillin! Bree questions whether she’s playing God, introducing 20th century medicine two centuries too early. What if she messes up the future? But Claire asserts that they (the time travelers) are changing the future every day they’re in the 18th century. She’s determined to try to make a difference in the health of the people she cares for.

Roger can’t shoot straight, and he can’t understand why Jamie would make him a captain in his militia. He asks Brianna if she wants to go back to their own time. He clearly does; she clearly doesn’t. 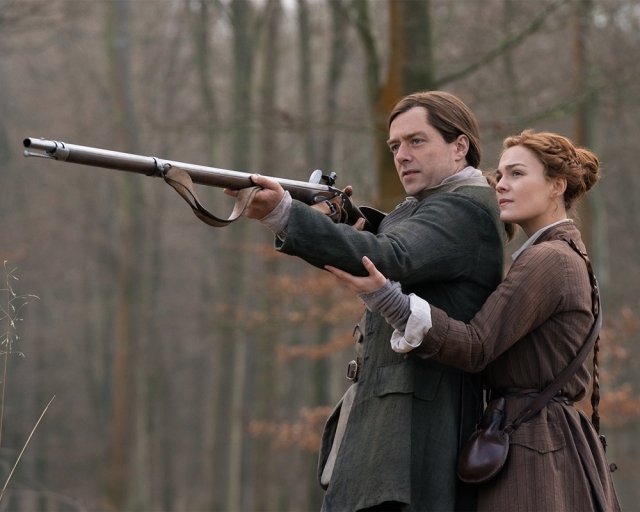 Like the baddest of bad pennies, Stephen Bonnet turns up in North Carolina, betting on a fight between two women. When another man takes offense and accuses Bonnet of cheating, Bonnet challenges him to a duel, and when the man yields, Bonnet blinds him. This is straight out of the book, but still. Yuck. We get it — Bonnet is the worst. And again, back on the Ridge, we see (earlier in the episode) that Brianna is still haunted by Bonnet, drawing dark and disturbing sketches of his face, over and over again. Sadly, he and the Frasers aren’t done with each other yet.

I never really liked the Regulators storyline in the book (The Fiery Cross), and I’m not loving it here either. Unfortunately, this is the main historical focus this season, so I’ll just have to deal with it.

Some favorite moments from this episode: 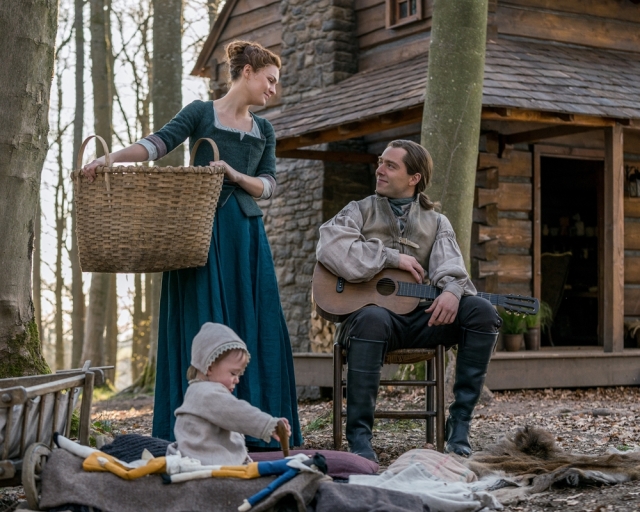 We met a few new recurring characters, including Mr. and Mrs. Bug, who will become important fixtures around Fraser’s Ridge.

Claire is taking a huge risk keeping a carved up corpse in her surgery! She never does stay out of trouble for long, does she?

As always, the look of the show is fabulous — the costumes, the homes on Fraser’s Ridge, the town, the food, the candle-making. Let’s hope the season doesn’t get too bogged down by Murtagh and the Regulators.

If the whole reason for keeping TV-Murtagh alive years after book-Murtagh is long dead is to turn him into a Regulator leader, then I think Outlander has missed its mark somehow. I’m not loving seeing Murtagh in this role, and I’m not seeing a path to a good resolution of this storyline.