The 2nd season of Outlander is entering the home stretch. I’m writing an “Insta-Reaction” post for each episode right after viewing, to share some initial thoughts, questions, reactions — you name it.

Trusting in Claire’s knowledge of “history”, Jamie leads the Jacobite army into a critical battle with British opposition. Meanwhile, Claire attends to the dead and dying, a reminder of the truest cost of war.

What a bloody, violent episode. As in the book, by this point in the story the war takes precedence over everything else. Claire and Jamie are fighting on the same side — he with a sword, she with her clean surgical tools and honey water.

The directing and production values of the episode are stellar. The battle is shown in all its awful gore, and it’s not at all glamorized. The devastation of man-to-man combat is horrific. There’s really not much to say about it. War is hell, and Outlander doesn’t flinch from showing it as such. 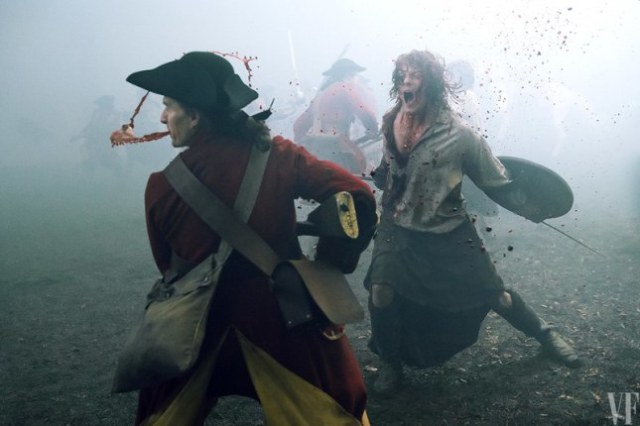 Dougal is startling in this episode. He’s hungry for the Prince’s regard, and earns it early on by scouting out the bogland that lies between the Scottish and British armies, but loses Charles’s favor when he glories a bit too much in the death of the British soldiers — who are, after all, King James’s subjects, just like the Scottish. While Prince Charles is dedicated to providing medical care and honorable treatment to the British prisoners, Dougal thirsts for blood. Only Jamie’s intervention prevents Charles from permanently exiling Dougal. 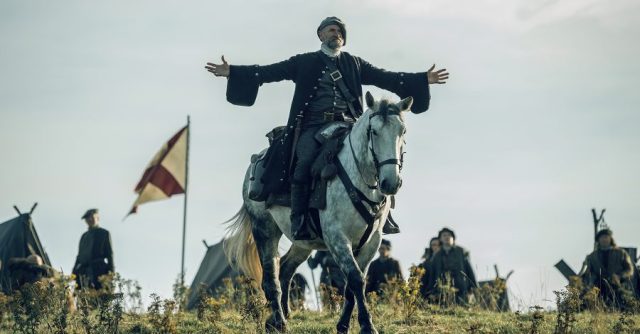 Fergus’s eagerness to be a part of the fight brings him to a battle that he’s not prepared for, and Claire’s comforting of him afterward shows how strongly maternal she feels toward Fergus, who has in essence become an adopted son for Claire and Jamie.

Angus’s death is unexpected and shocking. Book readers know that, in the books, Rupert dies after a different battle (and who knows, he still may). As Angus watches over a gravely wounded Rupert, I couldn’t help wondering if this was the moment, and steeled myself to say good-bye to a character I’m quite fond of. And then Angus keels over, dying suddenly from the injury caused by a cannon blast — severe internal bleeding that went unnoticed. There’s nothing to be done; Claire is powerless to save Angus.

It’s a solemn end to the episode, as even in victory, the men toast and sing to their fallen comrades. For Jamie and Claire, there’s the thrill of surviving the day’s battle, but the anguish of seeing history unfold just as Claire knows it to be. If Prestonpans unfolded exactly as it did in history, then nothing has changed, and perhaps this demonstrates once and for all that nothing can change. And in that case, the slaughter at Culloden will happen, must happen, and Claire and Jamie both know it.

This was a well-done, masterfully produced episode that was violent and disturbing, yet left me a bit cold. Even though I admire the way it was done, an episode devoted almost solely to battle left me disheartened and wishing for more personal interactions. And yet, knowing the book, I know that there’s little time left for Jamie and Claire. At this point in the story, there’s no more room for exploring their love and commitment. The clock is ticking; Culloden is drawing near.

Even though Prestonpans was a win for the Jacobites, it’s plain to see that it’s all just a bloody waste. They’re hopelessly outmatched when it comes to the full might of the British army, and their ultimate defeat is inevitable. Given that, it’s like watching a tragedy unfold in slow motion.

We know from episode 1 of this season that it won’t end well, and that Jamie and Claire will be separated. Knowing what’s coming, each episode that brings the end closer is just another twist of the knife, another reason for heart-ache.

The battle was bloody and terrible, but perhaps the most disturbing piece of all was watching Dougal move from one wounded British soldier to another after the battle, finishing off any who’d survived. Disgusting… and his murder of Lieutenant Foster was extremely shocking and brutal. Dougal’s always been a hard character to feel any kindness toward, but there’s been a noble edge to his overall bastardness that makes him somehow grand, even though he’s a sexist, manipulative schemer. At this point, though, it’s pretty much impossible to feel anything but disgust for him.

I hate to end this insta-reaction on such a down note, so here’s a cute Fergus picture to sustain us: 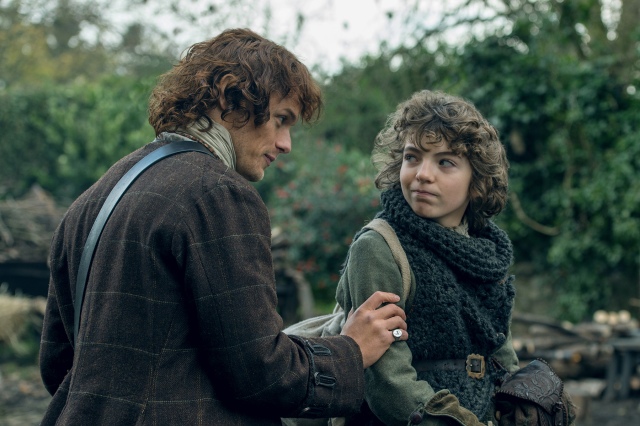